After we left Costa Rica, we spent a few days in Mexico City before our housesit in Puebla began. This was our first time in Mexico City, and while we had heard so many good things about it, we weren’t quite sure what to expect.

Our first surprise was the sheer size of the city! We knew it was huge, but we weren’t really prepared for how huge. Mexico City is either the 5th or 7th largest city in the world, depending on your source. Just under 22 MILLION people live in Mexico City! It was quite the culture shock after spending nearly 3 months in a tiny Costa Rican beach town.

We were also surprised by how relatively affordable Airbnbs can be. Our Airbnb apartment was a spacious two bedroom, one bath apartment located near the San Angel neighborhood. It was quiet (despite being near one of the main city thoroughfares), beautiful, well-equipped, had a great host, and cost less than $40/night. The apartment is not within walking distance to many of the major attractions of the city, but for the price and for how nice it is, it’s a solid option.

Saving money on accommodations by staying outside the most popular Mexico City neighborhoods is easy to do thanks to the availability and affordability of Uber. Uber is everywhere, even UberXL, which is especially great for us, as a family of 5. Taking Uber from the airport is so easy, and much more affordable than most of the other options. We arrived in Mexico City at 10pm, all of us tired and hungry, and we weren’t about to try navigating the metro or bus systems. We planned to use them on our visit, but we discovered that by the time we paid bus fare for 5 people, Uber was less expensive, easier, and faster. Our most expensive Uber trip was 45 minutes long and cost $15. If you’ve never used Uber before, you can get your first ride free here.

One of the reasons we prefer Airbnb over hotels is that we have a kitchen, so we can cook instead of always spending money eating at restaurants, which really adds up. In Mexico City, however, we quickly discovered that street food is everywhere, and costs less than cooking for ourselves! We bought supplies for making breakfasts in the apartment, and then ate street food the rest of the time. The street tacos are our favorite. They’re so good, and 5 tacos can be had for between 20-40 pesos ($1-2USD). The best part was that we could order a couple of tacos, the kids could try them, and if they liked that kind, we’d order more. If not, we’d try the next taco stand. No wasting money on entire uneaten meals, and it encouraged them to try new things. I realize that most of the travel guidebooks, including one in our Airbnb, tell people to avoid street food due to the risk of foodborne illness. John and I have been ignoring that suggestion for a long time. My advice is just to be smart about it: if there’s a line, and they’re cooking food up fresh to order, you’re probably safe; if the salsas look like they’ve been sitting out since yesterday, maybe skip that part. Ironically, we’ve gotten food poisoning twice in Mexico (neither of them severe, thank goodness!)–both times were after eating at sit-down restaurants.

We were only able to spend a few days in Mexico City this particular visit, and there was so much more we would have like to see! There are gorgeous parks everywhere, which the kids especially loved, beautiful neighborhoods to stroll through, and enough interesting-looking museums to fill weeks. One day, we walked to the Frida Kahlo Museum, thinking we’d just stroll on up. The museum is located in and around her famous bright blue house, where she lived with Diego Rivera and created much of her art. We arrived in late afternoon, and were shocked to find two lines extending for half a block in both directions. One was the line for people who had purchased tickets online; the other was for people wanting to purchase at the door. The lines were not moving quickly. We decided not to try going inside the museum. It sure is beautiful on the outside, though! My advice: buy your tickets online and arrive earlier in the day. 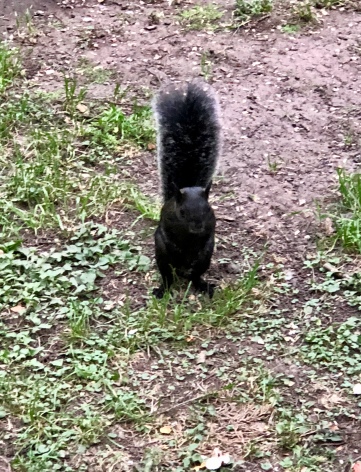 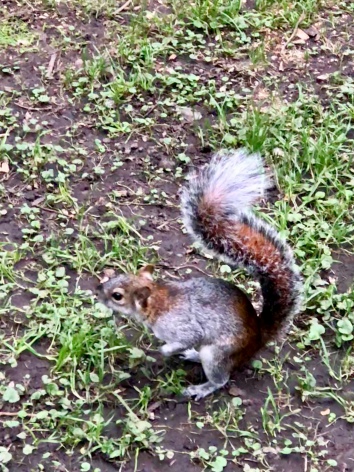 There is a huge park we stumbled upon on our way to the Frida Kahlo Museum that has a running/walking track along the perimeter of the park. The interior of the park is full of old cans of peanuts. It didn’t take us long to figure out that the peanuts are for the tons of squirrels that will come right up and take the peanuts from your hands. The kids, of course, loved this. John and I were glad we brought hand sanitizer. We found out later that this park, called Viveros de Coyoacán, doubles as a tree nursery for reforestation. It was a fun stop-off on what was otherwise a pretty long walk from our Airbnb to the museum. 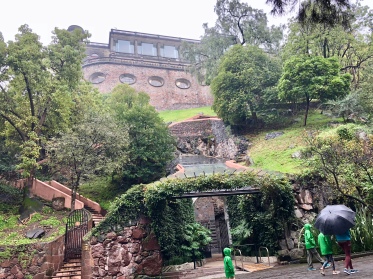 We didn’t get many pictures from the outside of Chapultepec Castle, because, well, it was raining and freezing. John did manage to get this one pretty terrible shot. 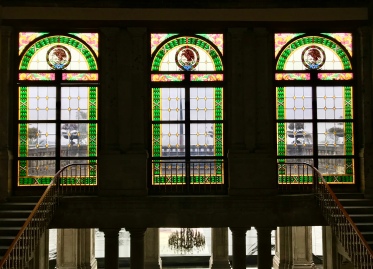 I’d love to know more of the history behind these stained glass windows. You can bet they weren’t installed when the Spanish constructed Chapultepec Castle. 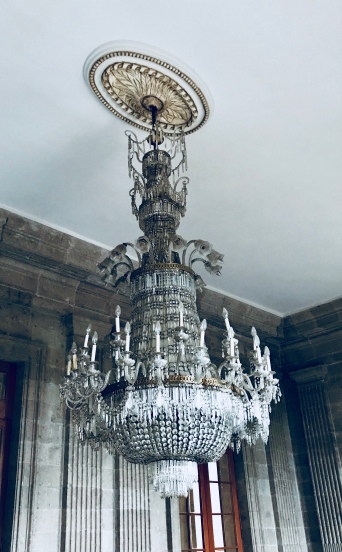 I was kind of obsessed with these chandeliers at Chapultepec Castle, as evidenced by the number of photos I have of them. 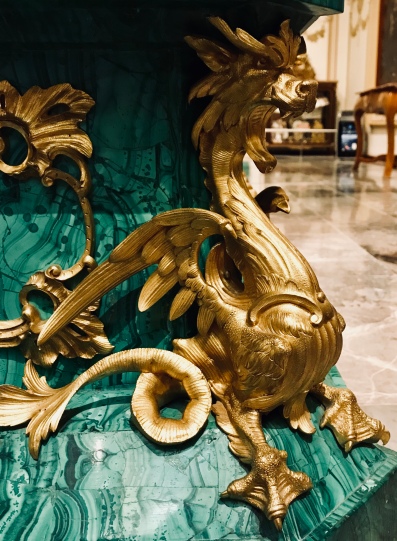 The Entertainer especially loved all of the jade artifacts at Chapultepec Castle, including this huge urn with the cool dragons. 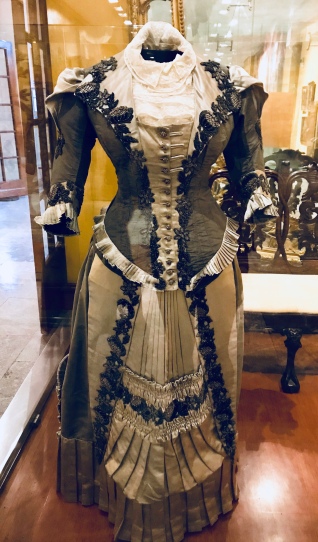 The Boss and I loved this dress! I wouldn’t want to wear one every day, but just once, I want to put on a dress like this.

Speaking of parks, we set aside an entire day to explore Chapultepec Park and its museums. Of course, it decided to rain the entire day, and it.was.FREEZING! After spending 3 months in the tropics, being plunged into a wet 50 degrees Fahrenheit was not a pleasant experience. We still made our way there with Uber and went to Chapultepec Castle, and we were so glad we did. Chapultepec Castle is located on top of a hill inside the park. It was built in 1725 by the Spanish and was converted into a museum in 1939. It is full of Mexican history, artifacts, and the building itself is one of the most beautiful I’ve ever stepped foot into. We only saw about 2/3 of the castle that day. We would have liked to spend a lot more time there, but castles are just as drafty as you would think, and we were too damn cold to see the rest!

After freezing our butts off at Chapultepec, we walked to Los Panchos, a restaurant that John read about that’s famous for its carnitas. We ended up being underwhelmed by the carnitas, but the service and the tortilla soup were both great, and very welcome on such a cold day.

We have another few nights planned in Mexico City in January. This time, we booked an Airbnb in La Condesa neighborhood, which is one of the well-known ones that we never made it to last time. We’re excited to explore more of this beautiful, vibrant city. Be on the lookout in the new year for new Mexico City tips!

Do you have any questions about visiting Mexico City, or have you been there and have some more tips for other readers? Leave a comment below!

This site uses Akismet to reduce spam. Learn how your comment data is processed.